John and Ramona went to East Africa for the first time in 2005 to see the work into which they had invested on behalf of homeless children. The thought of abandoned children having a loving home and a hopeful, new future has been the motivation for their involvement. They began leading teams to Africa in 2007 and it was on this trip that Compassion for Africa was born. John leads the vision team for CFA and Ramona oversees the sponsorships for each of the children. John and Ramona pastor Radiant Church in South Bend, IN. They have two children and two grandchildren. 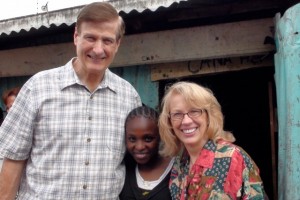 Jim & Susan Nelson first went to Kenya with John & Ramona on their first trip with a team in 2007.  They were captured by the joy of the children in the group homes and by their tremendous needs.  It was out of a desire to assist the pastors in feeding the children every day that Compassion for Africa was birthed.   Jim oversees the financial process between the U.S. and East Africa.  Susan records the donations and initiates the wire transfers.  Jim is a director of credit and collections in a major multi-national corporation and Susan is a businesswoman.  They have three children and one grandson. 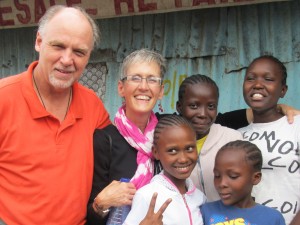 Every other heartbeat of John and Joyce Zalas is for the people of Africa.  After losing their only daughter in 2009, they began the healing process by sponsoring their first of four beautiful girls through CFA. On a CFA mission trip in 2012 , they had the privilege of traveling to Mukuru to meet the staff and all the children. Then in 2013 Joyce developed a life skills program for all the CFA kids and implemented it when she spent a month living among the children in the Cana Home in Mukuru, and KINS Redeemer home in Jinja Uganda.  John is a Manager at Kohl’s and Joyce is a Teachers Assistant. Their prayer is to impact the lives of the people in Africa in a larger way. 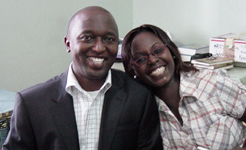 Humphrey is our banker in Nairobi, Kenya who disperses funds to the pastors on behalf of the children.  His trusted and competent management of funds is a greatly appreciated labor of love.  CFA could not function effectively without this in-country partnership.  Humphrey also does a quarterly budget assessment with the three pastors who oversee the group homes.  Elizabeth works with our kids who will be transitioning to a boarding school setting and assists finding appropriate boarding school facilities. 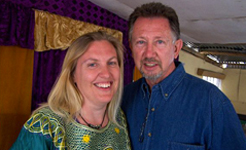 Rick and Terry Emerick are teachers at Rosylyn Academy in Nairobi.  Terry also works with boarding school placements for CFA.  She and Rick have provided quality touches to the children in the group homes and the boarding schools.  Their practical expressions of love toward the kids only increases the effectiveness of CFA as it strives to birth a new future for each child.  Rick and Terry are from South Bend, Indiana but their hearts are well planted in East Africa.