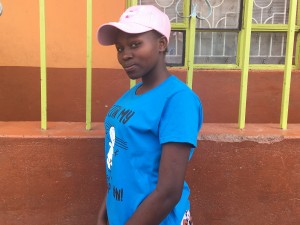 Jane Wakwasa-Kasini was born March 25, 1999 and is the 4th born in her family of eight. Jane is the daughter of Racheal Maulia and the late Paul Kasini. Her father died of TB complications resulting from his positive AIDS status. Rachael also has AIDS and is currently unemployed and cannot care for Jane and the rest of the children due to sickness and poverty. Jane’s Aunt Fransiscah Syonzau, her guardian, was unable to take Jane but brought her to Cana for help. Cana’s director sent a social worker to check out Jane’s situation and do a further investigation. The social worker confirmed the situation as true and Jane came to Cana Rescue Center to live. At that time she was in class 4 in 2011. Jane is going along well with her studies now and she performs nicely now in class 6. We thank God for her success!