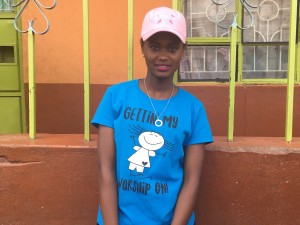 Milka Wangui is a pure orphan who was born to a single mother. The mother died in 2005 due to HIV related infections. She had two children who were left with the auntie, who passed away several years ago. Since that time, it was the grandmother who was taking care of them. When Cana Rescue Center met them, they were desperate, and we decided to take Milka who was the younger one.